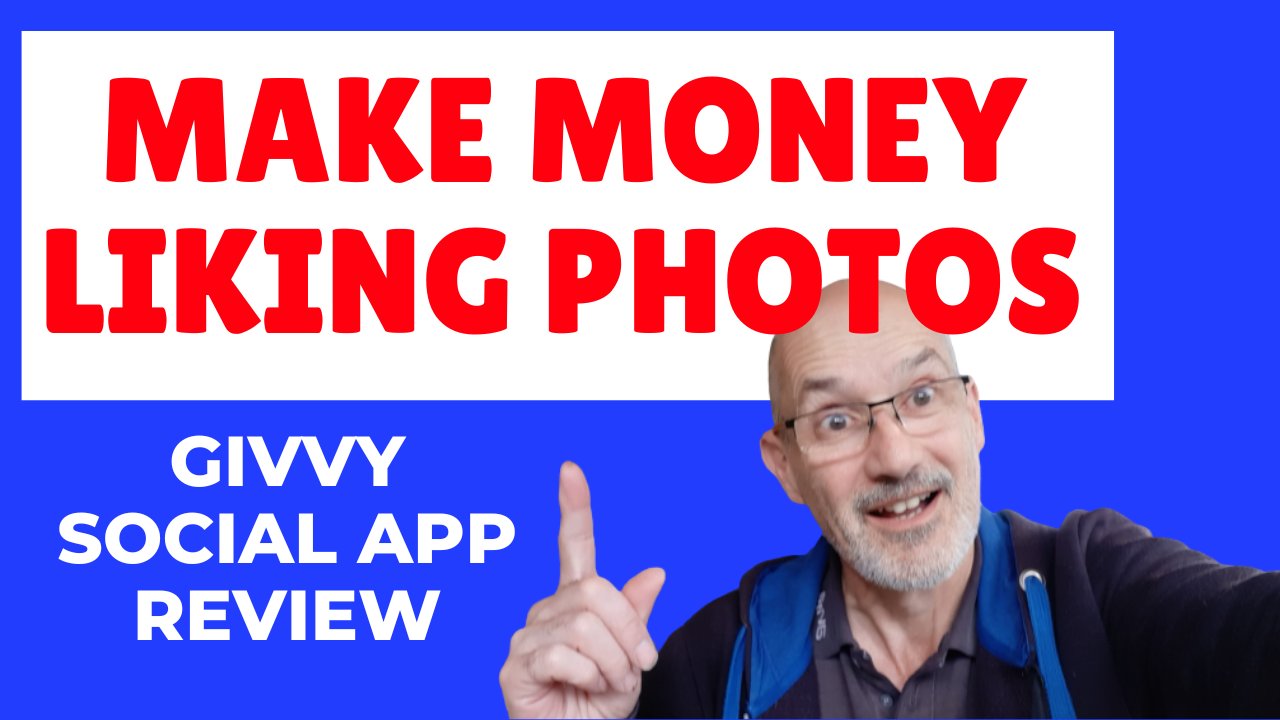 If this is something that you could be interested in then make sure you watch this video right to the very end because I'm going to uncover some things that you're going to want to know about before you actually go and join and download the Givvy Social app.

Before we check out the actual app I just wanted to share what I found on Google Play which is where I downloaded the actual app and you can download it there too.

On Google Play they have some fantastic reviews, 4.5 stars and they've had 220,000 reviews plus over a 1 million plus downloads.

Let's go over and find out exactly what Givvy Social is all about and when you can actually earn money just by being social.

On to the Givvy  Social app now and as you can see we've just come into the main feed and up the top right top left hand corner here you see we've got some coins here some coins points whatever you want to call them.

50 points will be added to my total just like that so very quick very easy to do. So we can carry on doing this till you hit 40 likes.

What you do find is every now and again you will get ads popping up this is how they earn their money.

If you don't obviously want ads popping up then obviously don't use the app it's as simple as that.

Some of the ads such as Watch Tube says earn now up to a hundred pound a day just watching videos listening to music start earning now obviously this is an ad so you can click on make money and then you'll actually download this other app so be careful obviously what you're clicking on.

Just watch this ad and then we'll be able to continue just wait for the cross to come up and then click away and you go back to the site.

You can watch a short video and you can earn more likes and want more follows okay so again if you just click on watch now this will take you to another ad again just go and watch this and then go back to the site.

I have been uploading some images and I've found with the images you can get the points total climbing very very quickly so let's quickly explain how easy it is to actually upload an image.

Now be careful what images you upload make sure they're your own or certainly you've got the rights to do that don't go and just take images off Google that sort of thing because you could be accountable for copyright.

If you just choose plus button and it says do I want to open up in gallery. I'm going to open up in my gallery and then choose an image now this is an image of  somewhere where we stayed actually so I'm just going to choose this image.

I'm just going to continue, now you can put in some hashtags such as barn and holiday home and we can put four hashtags and all you gotta do is upload just watch what happens when you've got quite a few followers.

What happens is on most of my videos now I do get quite a lot of likes, you can see my total is going up.

This image here has 357 likes and 18 comments so that's what we wanted to have is to some likes as you can see it's going up quite rapidly now we're up to nearly 94,000 and we've already had 37 likes on this actual image ourselves and one comment so far.

That's what you want to do if you're uploading images you can then get points for those.

How do you turn these points into actual cash.

That's what we really want to know and is it worth doing.

We need to just press on the withdraw button and go to withdraw and it says here the 0.20 US Dollars and 0.19 US Dollars and that sort of thing you can actually withdraw. People have withdrawn there.

Then use the converter, I want to go to an choose max so the maximum I can withdraw is 85 000 coins and that if I convert it will only actually be just 10 pence well is that enough to withdraw and maybe I don't know.

You can withdraw when you get to 15 Pence you can withdraw through Payeer, ATM and Coinbase or Perfect Money is more and Amazon is more as well and also PayPal you have to have 85 Pence which is getting on for near enough a dollar to withdraw.

As you can see guys although this is really simple and easy to do, you're gonna have to connect with people an awful lot to actually get to withdraw some cash.

Now obviously with Coinbase if you were collecting Bitcoin I could withdraw very easily I could probably do that within a day or so of joining the app, but if I wanted cash and PayPal cash or anything like that then I would have to carry on using the app.

Now don't get me wrong I could follow more people I could do more likes every day I could put more images up now if you try and put more than one image per day normally just lets you do an image every so often, but if you wanted to skip that you can just watch an ad and then it'll let you do an image.

You will get more people following you as well because they'd be allowed to follow you to get points if you don't want to follow anyone that's fine then but all in all this app looks like it's gonna be okay.

I'm going to carry on playing it so then I can probably do a video of showing you the withdrawal and how easy it is to withdraw.

But,yeah it is a fun app just liking images posting your own images connecting with people.

Some people do message you so you can answer that or not answer that's up to you but all in all it is somewhere where you can earn a few cents. It's not going to be life-changing money but it is going to be money and if you build this up and you worked it over a course of a year for argument sake every single day then yeah you could end up with quite a little bit of money coming in because you could build your followers to thousands of people and of course if you post an image then you could probably get near enough a hundred thousand points in just one image.

Getting you two or three thousand likes on it.

It's not going to be very quick money but I'm back up to over 10,000 points just by posting that one image.

Let me know your thoughts by leaving me a comment below or...

If you have any questions be sure to leave a comment here or under the YouTube video.

Chat GPT Tutorial – 7 Side Hustles You Can Start Using ChatGPT

In this Chat GPT tutorial, we will be showing you 7 side END_OF_DOCUMENT_TOKEN_TO_BE_REPLACED

PaidWork Review Can You Make A Full Income [Yes or No]

Can you really get paid a full time income with PaidWork? Discover END_OF_DOCUMENT_TOKEN_TO_BE_REPLACED